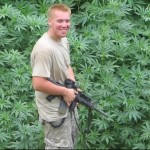 Join Me On Patreon

Welcome To The Club

Thank you for visiting The Prepared Mind Club. The goal of this site is to be a valuable resource for the Prepper Community. To that end, we are consistently adding features. Your feedback is welcome, drop us a line anytime HERE.

This map is user generated. We are not responsible for its accuracy. Use at your own risk. I’m not telling you what information to share and not to share but use common sense and don’t come running to me if you meet up with someone and then wake up in a ditch! If you want to be contacted, add an email address or other form of contact.